Earth Day celebrations involve both the head and the heart. In addition to learning about our environment, many look to express their love for nature, appreciation of humans’ relationship to the rest of the world, grief for environmental degradation, and hope for the future. To communicate both environmental science and the powerful connection we feel... Read More

On April 22, 1970, 8 years after Rachel Carson’s Silent Spring was published, 1 year after a fire on the Cuyahoga River (then a common occurrence) gained national attention, and several months before the official creation of the Environmental Protection Agency, the United States observed the first Earth Day. After the idea for a nationwide... Read More 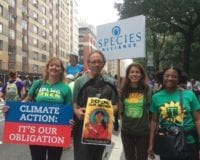 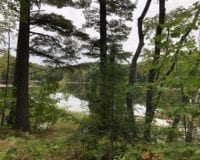 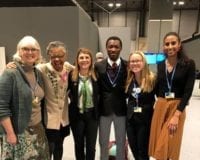 FIVE CREATIVE WAYS TO CELEBRATE OUR EARTH As we celebrate our beautiful home, planet Earth, and the 50th anniversary of Earth Day, we are uniquely in a set of circumstances where we are staying home as much as possible. Even from home we can appreciate the natural beauty that offers rich lessons in so many... Read More

All around the world people are staying at home, and many—even some who have shown little interest in past years—are desperate to garden. Growing your own food is a balm for the anxious mind. Plus, you don’t have to strap on a facemask to get food from your backyard! It is always fresh, and undeniably... Read More