Originally published in the Easton Irregular

I overheard a conversation a couple of weeks ago.

“It’s never been this bad. I need a machete to clear the weeds. I’m feeling defeated. It’s more work than fun!” grumbled one gardener.
“That’s exactly how I feel about my garden this year. I just could not keep up with the weeds! They’re taller than the veggie plants!! So defeating,” commiserated another.
“I quit! I’m ripping out my garden bed and tilling it all and planting grass. I will grow my veggies in containers next year. The weeds are too much,” concluded a third.
“So you had a bad year. Don’t give up!” I wanted to say. But I didn’t. Because who am I to tell them how to live their lives?

Since that time, however, I have gathered my thoughts, bolstered my arguments. Trust me on this: The answer is not to quit, but to delve a little deeper into this thing we are compelled to do.

I get it. It’s been a tough summer. Tomatoes didn’t set fruit well due to the heat, and then cracked from all the rain. Creeping Charlie (Glechoma hederacea) has commandeered the lawn, weeds have taken advantage of every spot of bare soil and even the zucchini, that most stalwart of garden vegetables, is rotting on the vine. But still, if you give up you’ll be sorry. Because it’s not really about tomatoes and squash. Ok it’s partly about those juicy, sun-ripened tomatoes that we deserve after a whole summer of waiting and weeding, dang it! But there’s so much more to it than that.

It’s about the community you are a part of—caring, generous to a fault, full of anecdotal information that often turns out to be surprisingly relevant to life as well as gardening, and most of all connected to the natural cycles in a most satisfying way that creates a kinship among gardeners regardless of their politics, culture, or other attributes.

As a gardener, you gain a deep understanding of the complexity of nature, even as you realize that what you have learned is just a tiny fraction of what there is to know. And so you learn a healthy humility, and a degree of comfort with the valuable realization that there’s always going to be a level of understanding beyond your reach no matter how knowledgeable you are.
You learn that there are dozens of answers to every gardening question … or, you might say, just one: Should I prune my tomatoes? It depends. Should I spray my aphids with soap? It depends. Should I till the soil? Plant peas in fall? It depends. It depends on multiple things. What other factors exist in your garden? What types of tomatoes are you growing and how are you growing them? Do you have aphid predators in your garden? Have you familiarized yourself with no-till practices? Are you feeling lucky? You’re in charge of your garden. Yet, you’re so rarely in control.

You may not realize it, but you are developing great problem-solving skills. This year’s problems—excessive rain, out-of-control weeds, water-logged soil—will probably not be next year’s. You learn that cycles happen. You’ve lived through Japanese beetle infestations, stink bug invasions, aphid population explosions, summer droughts. The list goes on. Cycles often work themselves out before anything catastrophic happens. Nature keeps you on your toes. You learn where the groundhog lives, and which insects prey on your garden’s pests. You learn how to think like a deer, or a squirrel, or a bird. You discover where the rainwater collects and where it drains. You’re nimble. You’re adaptable. You make adjustments.

As a gardener, you become immersed in the seasons of birth, growth, death, decay, and rebirth. In this modern era we have the power to control the temperature, humidity, sound, and light of our indoor environment by literally shutting the door on the outside world. Many people take that option. We do not! So take heart. Don’t give up the garden. And next year, with any luck at all, there will be tomatoes. 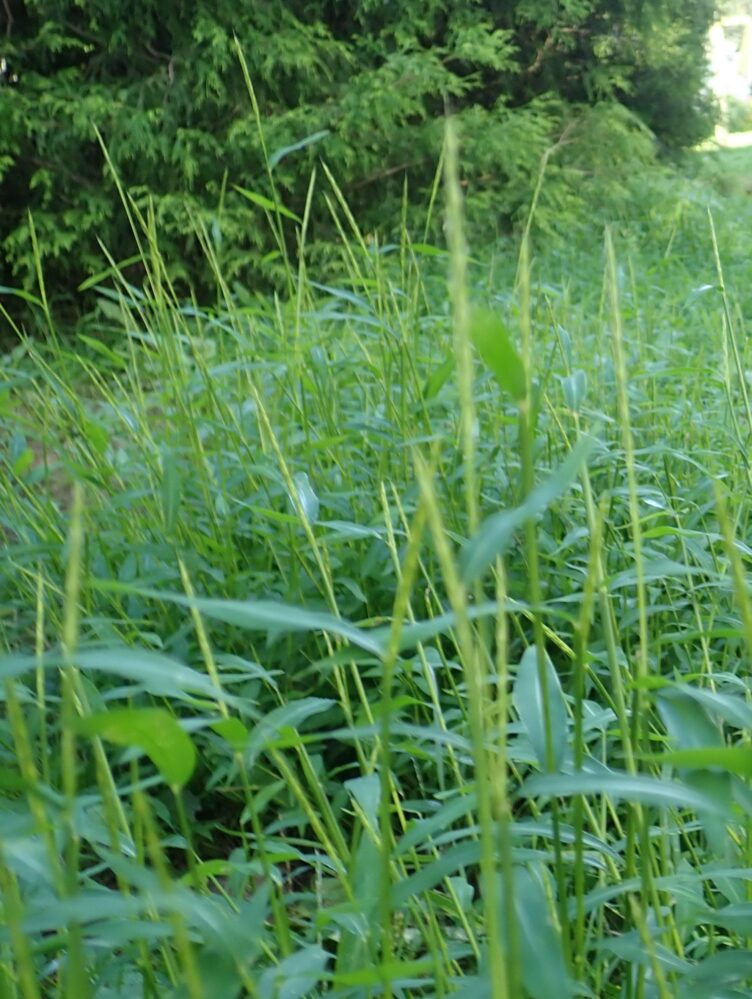 Know your weeds: Japanese stilt grass is an annual that sets seed in September. To control, pull it anytime before it produces seed. 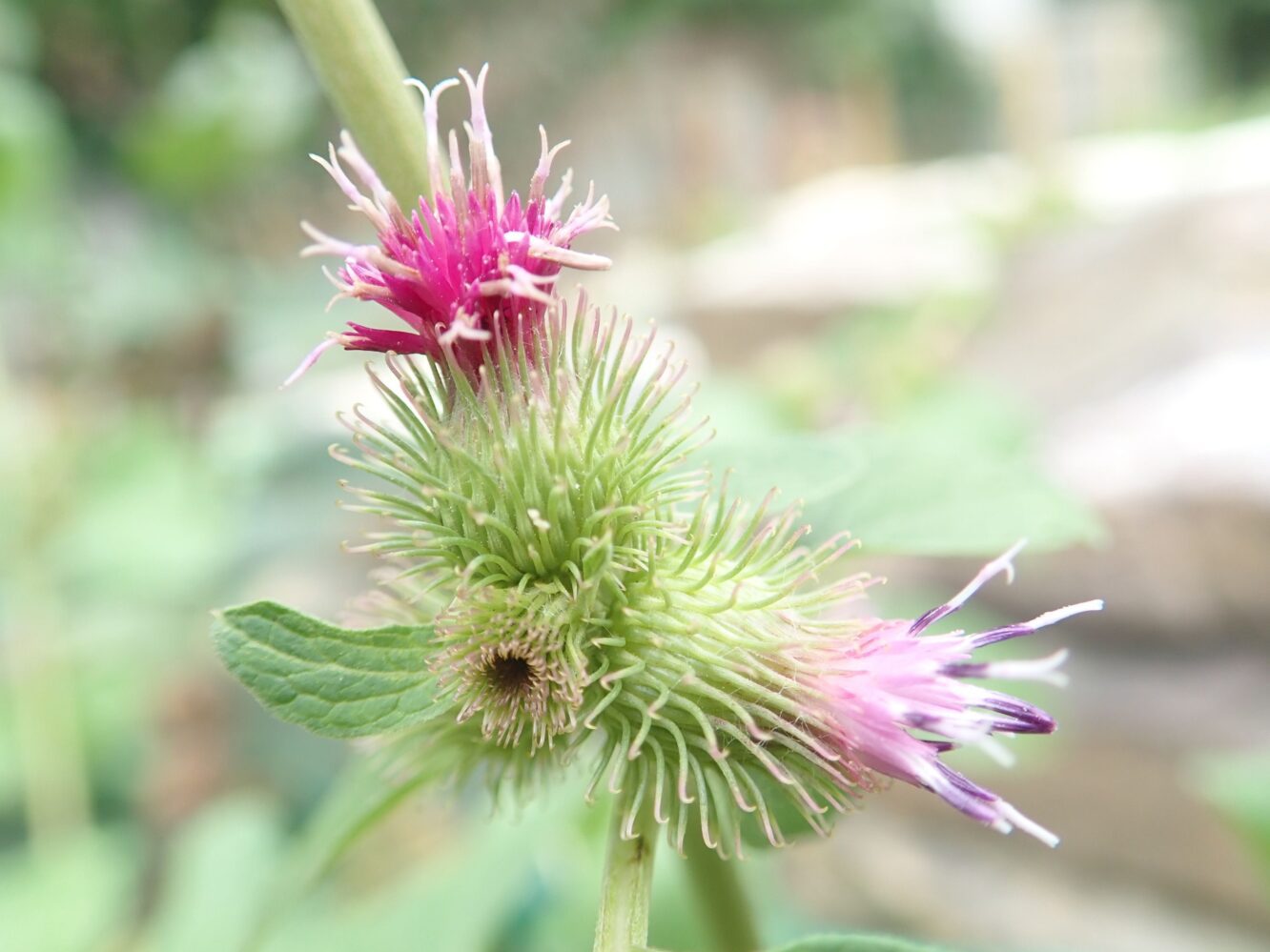 Know your weeds: Common burdock is a biennial, that is, it produces seeds in its second year of growth. Its roots are edible and the seeds are said to have inspired Velcro. To control, pull it before it sets seed. 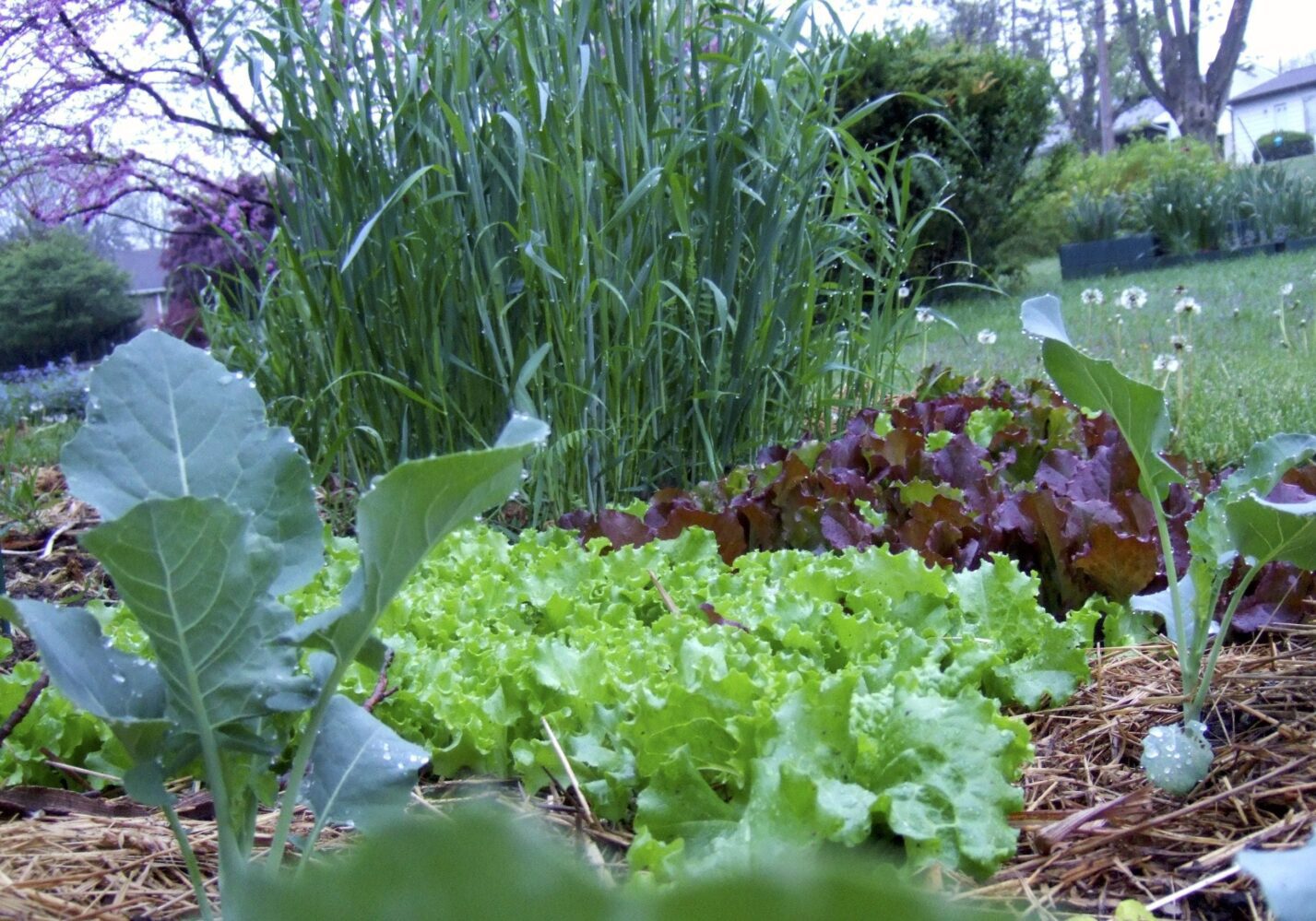 Sow winter rye grass in late fall in areas where you’ll be planting next year’s tomatoes, peppers, beans, and squash. Incorporate it into the soil in early May. 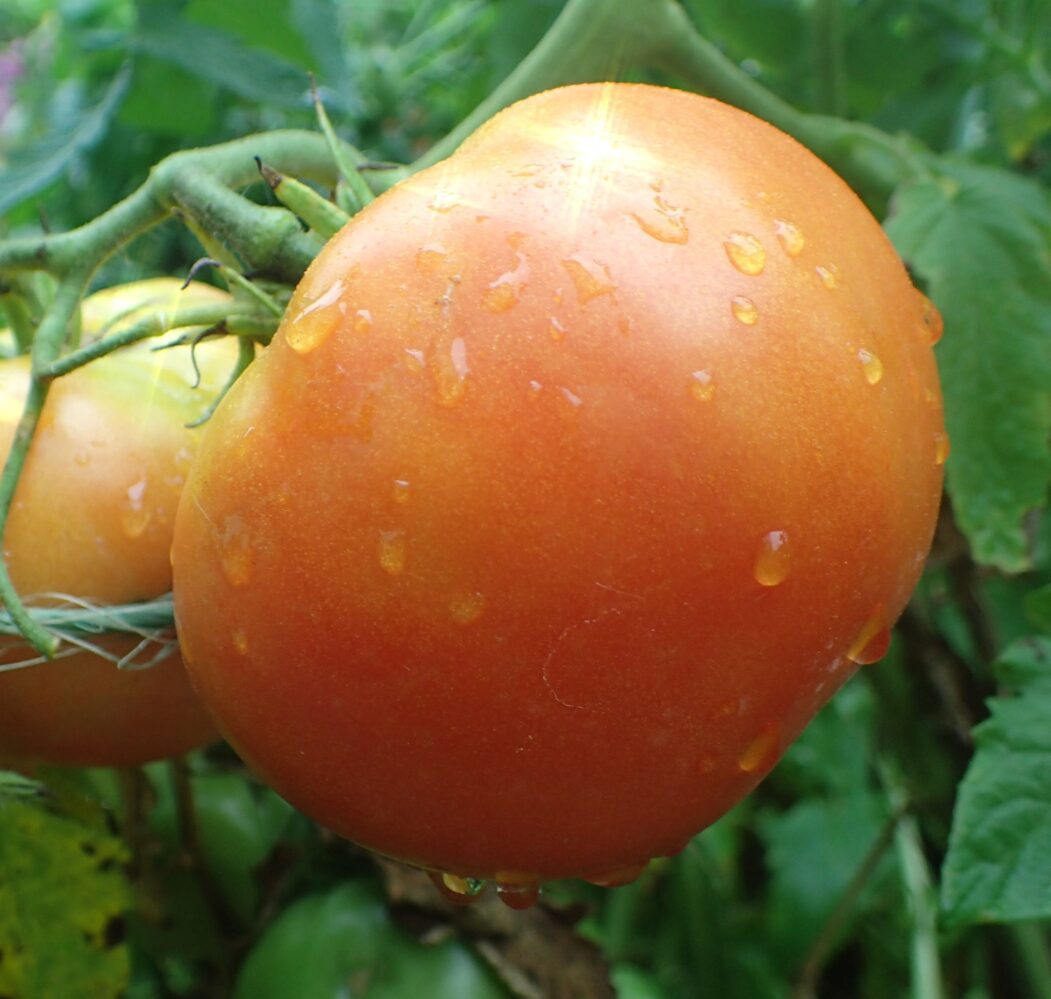 A ripe, backyard tomato is one of the great rewards of gardening!