Seeking book suggestions for your summer reading list?  Curious about a new topic you have not yet explored but don’t want to jump into a book without knowing if it is worthwhile?  This post was written by guest blogger, Lauren Fosbenner, Community Fellow in the Environmental Policy Design Master’s program at Lehigh University, to provide you reviews of some books to consider reading, from earthworms to gardening to climate change.

Book Review for The Earth Moved: On the Remarkable Achievements of Earthworms by Amy Stewart 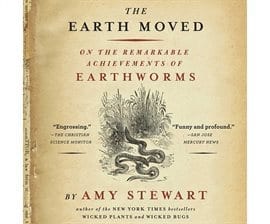 “Earthworms can change the course of human civilization, and do it all silently, in the dark”

The above quotes represent Amy Stewart’s two approaches to appreciating the oft unnoticed earthworms under our feet – individually, their structure, habits, and perhaps intelligence; and collectively, as their aggregate impacts plow our soils, change ecosystems, and bury the ruins of once grand buildings.

She gets up close and personal with the red wiggler worms in her own worm composting bin, and explores worms as far away as Australia, talking with oligochaeteologists (worm scientists), farmers, a public works director, and foresters along the way. She reflects on Charles Darwin’s experiments with worms – some of the first scientific studies of the creatures – and imagines their possible futures as part of our water treatment or waste management practices. 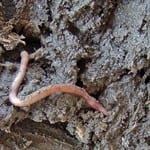 The Earth Moved is a wide-ranging profile of earthworms big and small, near and far, from before the dinosaurs to centuries in the future. Stewart’s interest in the little critters is contagious, and the book inspires the reader to think not only about worms, but the other miniscule parts of our world, hidden from view, whose small impacts build up to majorly affect our lives. These include bacteria, incremental gene changes that can eventually give rise to entirely new species, leaves littering the forest floor, and more. She also provides facts about worms that are just cool – for example, if cut in half they will never regrow more segments than they lost. Pieces of as many as 3 worms have been sutured together by scientists and grown together to function as one worm. The Giant Gippsland earthworm of Australia, averaging over 3 feet long, makes a gurgling sound that can be heard from the surface as it travels through its burrows several feet deep in the ground. One species of worm has a mucus that smells like lilies. Each chapter brings something I never realized before or a fun fact I’m excited to share with a friend.

Throughout the book Stewart includes quotes on earthworms from such figures as Shakespeare, Nietzche, and E.E. Cummings, demonstrating a cultural interest in worms, particularly in their role in our own eventual decomposition. She then highlights worms’ role not only in death, but in giving rise to life by improving soil quality and supporting agriculture. Maybe, Stewart writes, earthworms even played a role in the rise of great civilizations by enabling successful farming.

Though worms are so foundational to our lives, from creation to deterioration, I had never given them much thought beyond being glad to find them in a garden or stepping around them on a rain soaked sidewalk. This book provides a window into the world of earthworms and prompts one to think about the tiny, the invisible, and the perhaps unglamorous but definitely interesting forces that shape our world.

Growing Your Own Food 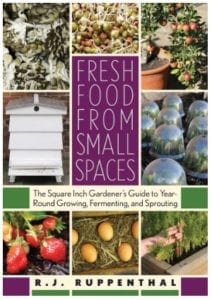 “I believe that anyone living in a typical city apartment, condominium, townhouse, or single-family home could apply just two or three of the strategies mentioned in this book and grow up to 10 to 20 percent of their own fresh food.”

When I read this sentence in the introduction of Fresh Food from Small Spaces, I had my doubts. Thinking of a substantial home gardening operation, I picture my grandmother’s large grassy yard with plenty of room for the fenced-in plot that grew the beans, carrots, beets, tomatoes, and more that I helped harvest as a child, not a condominium balcony or small porch. However, Ruppenthal goes on to explain strategies neither my grandmother nor I had ever considered, from sprouting soybeans and alfalfa on top of a refrigerator to using vertical gardens in windows to grow tomatoes, herbs, and peas. Before I had even finished the book, I was eager to get going on a project of which I could literally reap benefits.

The tips are particularly timely, Ruppenthal writes, because climate change and rising energy costs make our current food system unstable – there may be a time in the coming years when we have to grow our own fresh food or at least obtain it locally 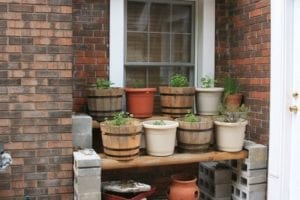 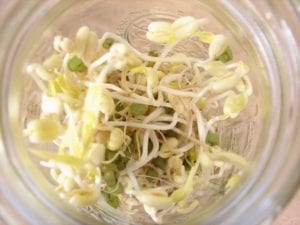 Fresh Food from Small Spaces also discusses growing dwarf fruit trees, berries, and mushrooms or otherwise utilizing small spaces to produce food by keeping chickens or bees. Whether you’re hoping to grow a significant portion of your own food or just add a few fresh veggies to your diet during summer, this book will help you maximize the use of your space. As Ruppenthal writes, “nothing is more local, organic, or nutritious than what you can grow yourself.”

Book Review for The Uninhabitable Earth by David Wallace-Wells 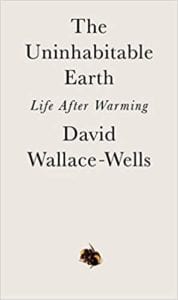 Even if you already think climate change is scary and depressing, you likely have no idea just how scary and depressing it could be until you read The Uninhabitable Earth. Wallace-Wells provides vivid descriptions of a seemingly never-ending list of horrors that we are currently on track to bring into reality. From an eventual 200 feet of sea level rise to crop yields reduced by 50% to ancient pandemics released from melting Arctic ice, the world he describes is a bleak one, if not completely uninhabitable.

Still, Wallace-Wells emphasizes that it is completely up to us whether that is the world we, our children, and our grandchildren will live in. The most severe effects are not “locked in” based on the emissions of centuries past, but heavily dependent on the speed with which we can change in the next 5, 10, 20 years. We aren’t in need of some groundbreaking new technology, a return to pre-industrial lifestyles, or civilization-wide relocation to Mars, but simply the will to change how we do things – political will, primarily, to tax carbon, eliminate “dirty energy,” change agricultural practices and reduce consumption of beef and dairy, and invest in “green energy and carbon capture.”

While Wallace-Wells makes a strong case for why these actions are absolutely essential, it is left up to the reader how to accomplish them. Would political will be generated if only all politicians read this book? Will it take public demonstrations, or massive voter turnout, or international pressure? As the reader somberly turns the last page of the book, visions of destruction from wildfires and water shortages fresh in their mind, what should their next step be?

I think the book’s mission is to light a hot enough fire under the reader that they move through being overwhelmed and figure out the answer to that question. Whether by sharing the message of the book with a friend, calling representatives, making change locally, or contributing in another way, each of us must seize responsibility for the good of humankind and use the power we still have to determine our own future. Wallace-Wells concludes that saving ourselves from climate change “goes beyond thinking like a planet, because the planet will survive, however terribly we poison it; it is thinking like a people, one people, whose fate is shared by all.”

Wallace-Wells is deputy editor of New York magazine, and wrote this book expanding on a viral 2017 article he wrote about the destruction climate change will bring if we don’t do enough to stop it.