Don’t miss the great conjunction of Jupiter and Saturn in the evening sky on the 21st. Dubbed by some as the “Christmas star”, this rare alignment will occur on the evening of the winter solstice and is visible to the unaided eye.

The solstice is the longest night of the year and is a consequence of the Earth’s tilt and orbit but the planetary alignment is best seen about an hour after sunset and will remain visible till about 6:30pm before they also set below the horizon. Look to the southwest low on the horizon for two bright objects very close to one another. If it’s likely to be cloudy on the 21st they will still be close together in the sky for a few days before and after the 21st. 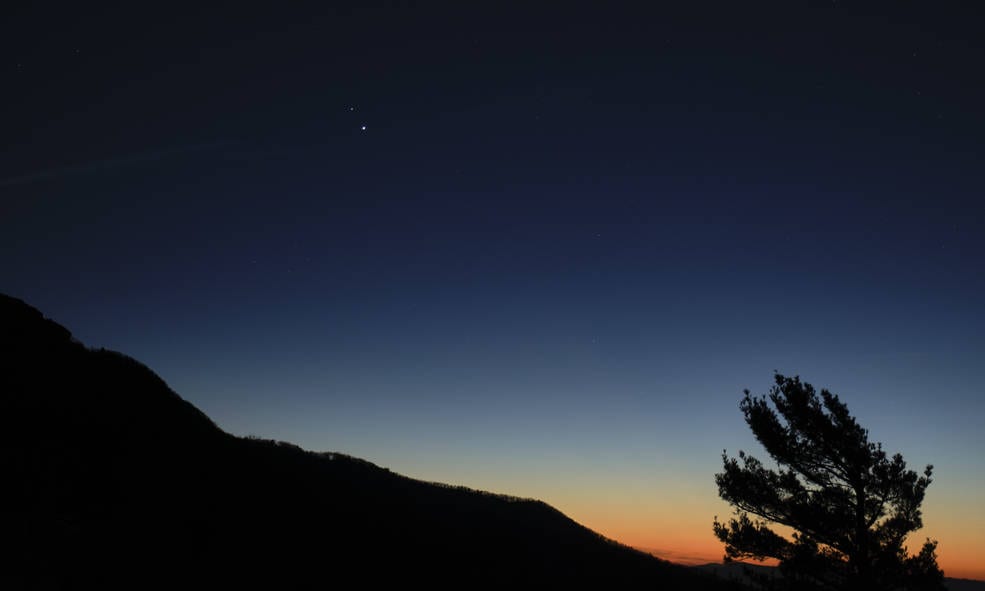 Saturn, top, and Jupiter, below, are seen after sunset from Shenandoah National Park, Sunday, Dec. 13, 2020, in Luray, Virginia. The two planets are drawing closer to each other in the sky as they head towards a “great conjunction” on December 21. Photo Credit: (NASA/Bill Ingalls)

The two gas giants will appear to be only a tenth of a degree apart. That’s less than the apparent diameter of the moon and is so close that they may look like one merged object to anyone with less than perfect vision.

Although visible to anyone, if you do have binoculars or a telescope you will be in for a rare treat because these two jewels of the solar system will be visible at the same time under low magnification. With a telescope you should be able to see Jupiter and three of its four largest moons and Saturn with its rings and possibly its largest moon Titan… all in the same view!

Planetary alignments are not particularly rare but ones like this are. The last time Jupiter and Saturn were this close in the night sky was in the year 1226 AD and the next alignment this close is March 15th 2080. 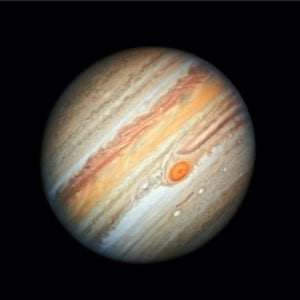 Jupiter and Saturn will only appear close to one another from our vantage point here on Earth. In reality they will be about 400 million miles away from one another. Jupiter is the largest planet in the solar system and features colorful bands of rotating clouds, a hurricane larger than the diameter of the Earth called the Great Red Spot. Not to be outdone, Saturn is the second largest planet and sports a dramatic ring system. Saturn has a large mysterious cloudy moon called Titan. 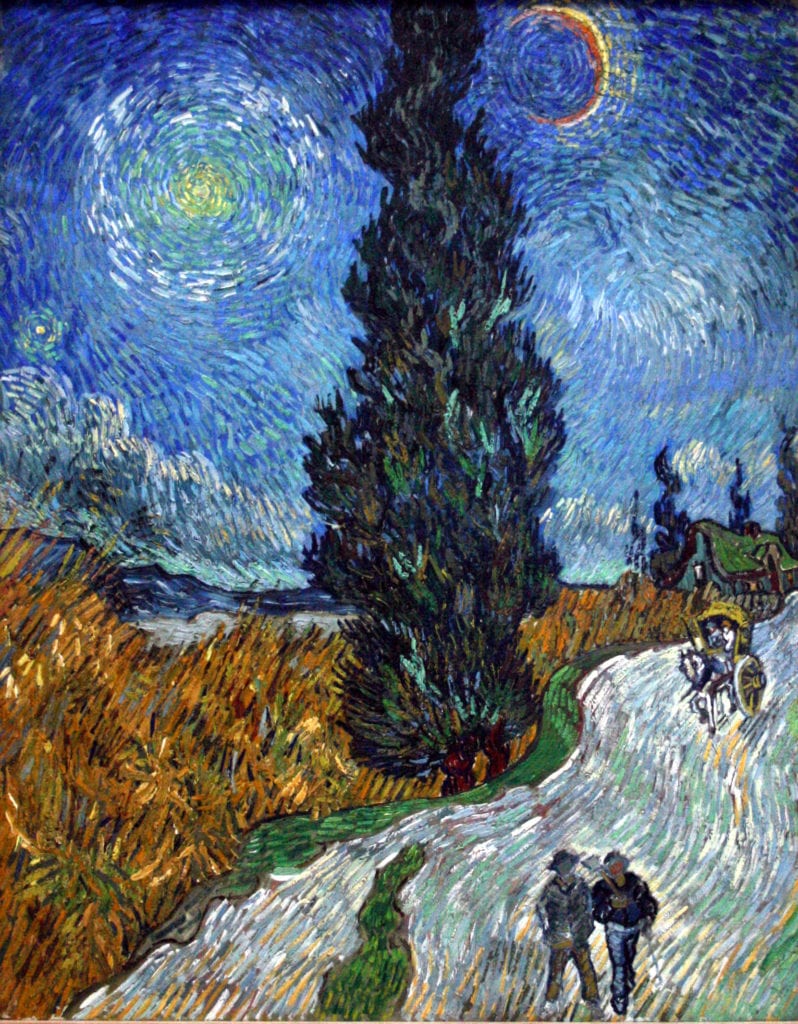 Van Gogh’s “Road with Cypress and Star.” Also known as “Country Road in Provence by Night.”

Johannes Kepler is widely regarded as the first modern astronomer and in 1603 he hypothesized that the Star of Bethlehem was actually a great conjunction of Jupiter and Saturn that occurred in the year 7BC.

Let’s hope that we have clear skies on the night of the 21st so we can all enjoy this celestial gift.