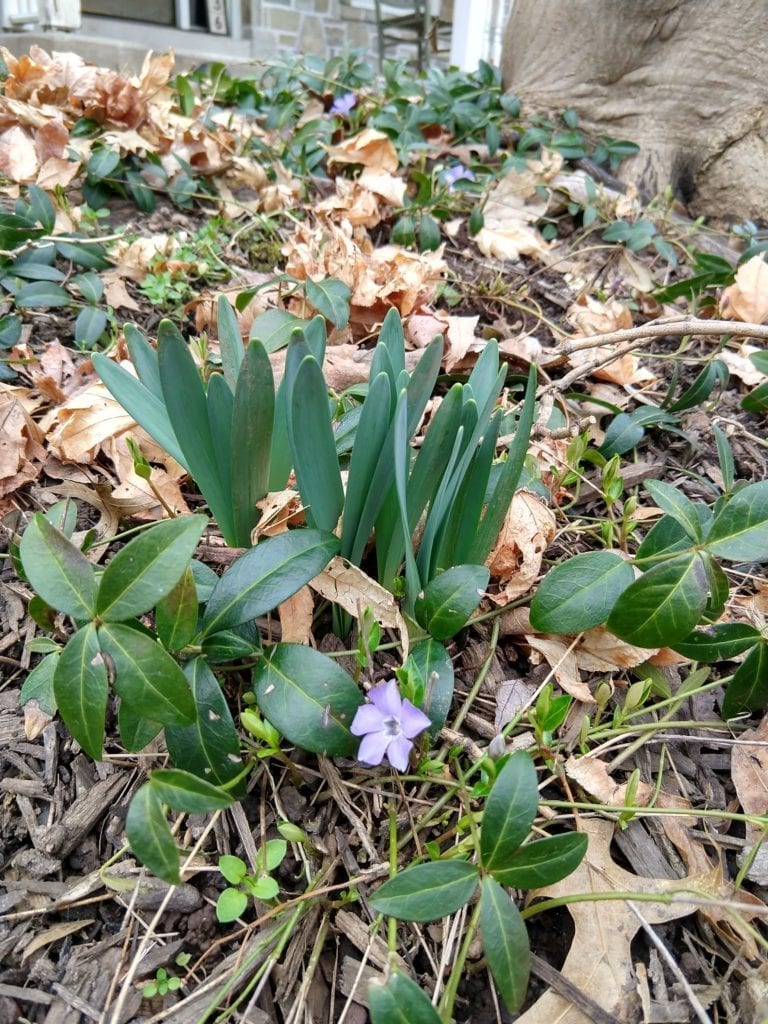 Daffodils sprout while nearby flowers are already in bloom in the first week of March 2020.

February is typically the Lehigh Valley’s snowiest month, but this year we had the second warmest February on record and barely a trace of snow. Earlier in the season, we had only 5.3 inches, making this season so far the Lehigh Valley’s fourth least snowy winter. We also saw January 2020 make headlines as the hottest January on average globally, and Antarctica hit its hottest temperature ever recorded (64.9℉) on February 6th. Why was this winter so warm, is it a bad thing, and what should we do about it, if anything?

When meteorologists observe the atmosphere to predict upcoming weather, two important patterns they look at for winter conditions in the Northern hemisphere are the Arctic Oscillation (AO) and Polar Vortex. This year, these weather patterns both favored keeping cold air up above the Arctic Circle, rather than bringing it down to the US or Europe. The strong, stable, “doughnut-like” structure of the polar vortex this year can be observed in the image below. In other years, it can have more disruptions and be “wavier,” rather than bottling up cold air in the Arctic. This occurs several miles above the surface of the earth, while the Arctic Oscillation is a pattern of surface air that determines how easily cold Arctic air can enter the mid-latitudes. When the AO is positive, Arctic air tends to stay north, and when it is negative, bursts of cold can travel south, affecting us. This winter it hit a record high, meaning that it was very difficult for Arctic air to leave the higher latitudes. The AO and polar vortex aren’t the only factors that determine our weather, but the conditions we have seen this season have been consistent with the strong polar vortex and strong positive AO. 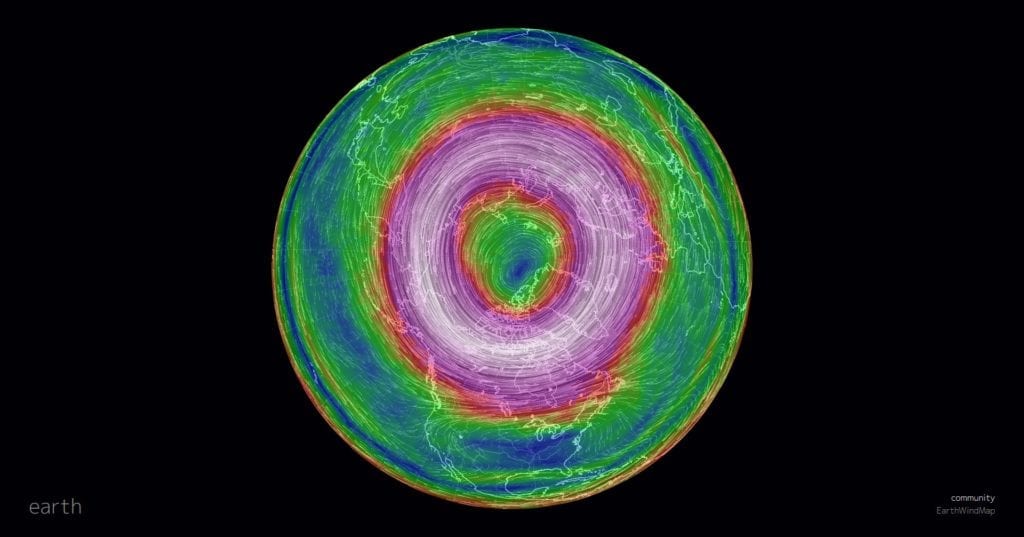 In addition to weather patterns that create the conditions for one day or one season, the warm winter this year follows a longer term trend of increasing average temperatures and changes to precipitation. Winter in particular has been warming faster than other seasons. The graphic below shows that most of the US is experiencing shorter cold snaps (or fewer days in a row of below average temperatures) as compared to 1970. In Allentown, cold snaps are on average six days shorter than they were 50 years ago. Globally, the four warmest Januarys on record have all occurred since 2016. These long term trends are a result of overall warming due to the enhanced greenhouse effect caused by rising concentrations of carbon dioxide. Carbon dioxide and other greenhouse gases in the atmosphere act as a heat-trapping blanket surrounding the planet and raising temperatures.

While you’re walking to work on a day you forgot your gloves, warmer winters might not sound like such a bad idea. However, what may be just a few degrees more comfortable to us is a major disruptive change for ski resorts we like to visit, farmers who produce fruits we enjoy in summer, forests we hike in, and important species like bees, bats, and monarch butterflies. When winters are warmer, recreation activities such as skiing, tubing, snowshoeing, and ice fishing experience shorter seasons or even become impossible. Many ski lodges are expanding to offer warm weather activities as well, to compensate for reduced capacity to operate in winter. Another economic impact is on farmers with fruit or nut orchards. Many species of these trees require “chill hours,” or a certain duration of cold weather during winter to produce fruit. 80% of the Georgia peach crop failed in 2016-17 because winter was too warm. This has created increased interest in hybrids suited for warmer conditions, or even chemicals that can spur fruit production without cold temperatures. While trees are hindered, insects thrive when there are no long cold snaps. Ticks and mosquitos have been expanding their range and numbers, posing a nuisance and danger to humans, as they carry diseases. Bark beetles have similarly flourished and destroy trees and forests when they aren’t killed off by freezing temperatures. Other species that rely on changing temperatures to know when to hibernate or migrate can be thrown off by unusual winter conditions, creating “mismatches”. Bees may become active earlier if it is not as cold as normal, creating a greater need for food and risk of starvation as this activity is “mismatched” with when the flowers the bees depend on are in bloom. In Texas, where many crops depend on bats for pollination and fertilization, a mismatch may occur if bats migrate earlier, before crops are growing. 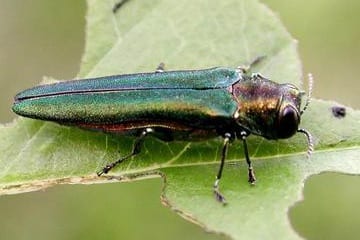 The Emerald Ash Borer is an invasive bark beetle that has damaged and killed many trees in this region of the country. Mild winters help beetles like this one grow in number. (Photo credit: USDA)

To protect the economic and natural systems that emerged in a world with cold winters, we can take action to reduce the greenhouse gases that are heating up all seasons, particularly winter. Consider getting involved with local efforts such as the Lehigh Valley Climate Action Network, the Sunrise Movement, Citizens’ Climate Lobby, the Northampton County Climate Summit, or others listed in the Alliance for Sustainable Communities’ directory. We can also think about what programs would make it easier for each of us to create less emissions in our daily lives – at the municipal level this could be initiatives such as electric vehicle (EV) charging stations, bike share programs, or zoning to encourage walkability. Talking with your friends, family, and neighbors about these options is a good way to learn more together – and find new people who will join you in taking action! Some solutions are already at work locally: St. Luke’s in Bethlehem Township recently announced that it will be installing several EV chargers available for community use, LANTA’s free fare program for seniors encourages use of public transportation, and the new community garden being installed at the Boys and Girls Club in Easton will provide fresh local food. By ramping up similar efforts we can help save snowy winter days for future generations to enjoy!