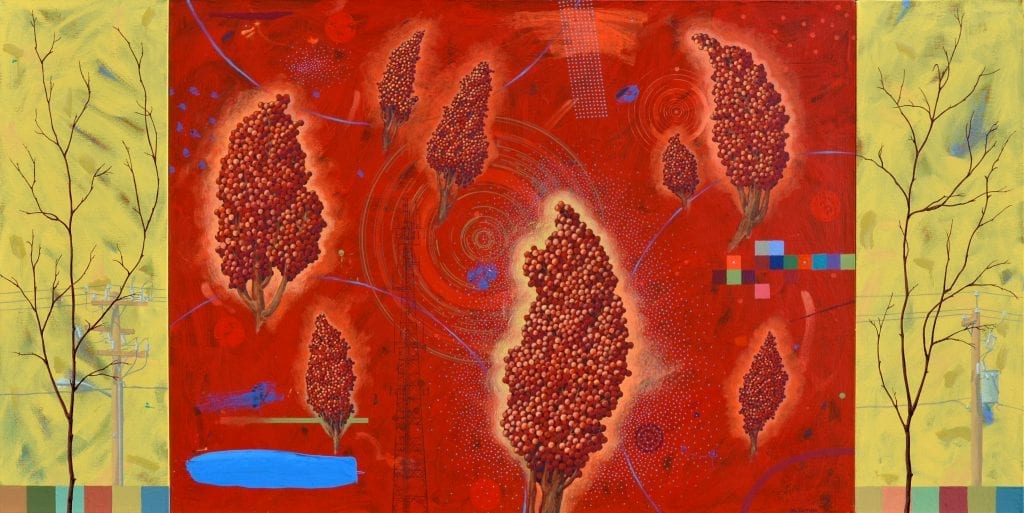 New York artist Scott McIntire’s brilliantly colored enamel paintings are inspired by his observations of the natural world, but contain both the seen and unseen, heard and unheard environment. The paintings vibrate and crackle with radio waves, cellular transmissions, ultra-violet waves, neighborhood noises and fragrances. “For me the subject is more than just its physical self, it exists in an energized environment 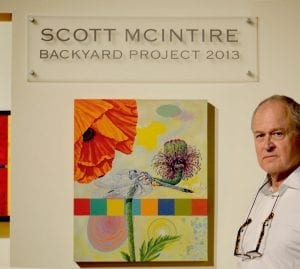 that reflects my experiences with it, ” explains the artist. McIntire was recently interviewed in Art & Science Collaboration, Inc. July 2014 Issue while preparing for the show at NNC (http://www.asci.org/artikel1360.html) where he elaborated on the intent of this series, “Today’s interest in the Higgs particle, the tremendous growth in the use of cell phones, and the invasiveness of the NSA, has caused me to think more about the unseen energy that surrounds all of us. I want to call attention to the invisible and make the viewer of my art think about these forces.”

McIntire’s 2014 solo exhibit at NNC “Backyard Project 2013” was a twofold show that exhibited a series of McIntire’s vibrant “energy field” paintings as well as a comprehensive collection of photographs taken by the artist during the first year of a five-year study of biodiversity in his own backyard.The exhibit also includes photographs by McIntire that represent a study of the diversity of life in the 1/4 acre that makes up the backyard of his home on Long Island. These images not only inform the subject matter of his paintings, but have taken on import of their own in the artist’s portfolio as he concludes the first in a five year endeavor to document the patterns of the inhabitants of his own backyard.
Biographical material and an artist’s statement can be found at http://www.scottmcintire.com/ 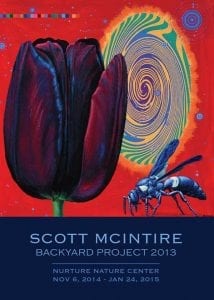 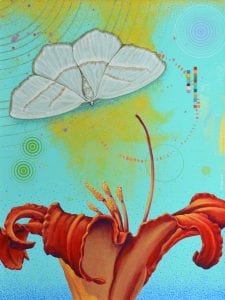 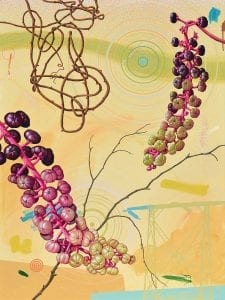