Nurture Nature Center was founded on the need to educate the public about flood risk, and continues to advance the work of flood outreach, education and social science research. Using social science research techniques, NNC has helped advise National Weather Service  on how to improve flood forecast products to better improve public response during flood events. Through education and outreach programs, NNC has partnered with agencies including the Federal Emergency Management Agency (FEMA) and National Weather Service (NWS) to help inform communities about how to be better prepared in the event of coastal or riverine flooding events.

NNC is currently part of project teams helping various agencies, including the Pennsylvania Emergency Management Agency and NWS, to advance their missions on flood and other hazard-related issues.

Information about NNC’s social science research and other flood projects can be found below, and in greater detail on our Focus on Floods website. 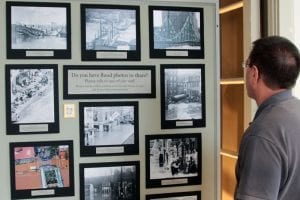 In 2009, Nurture Nature Foundation was awarded a grant from National Science Foundation to develop and host a series of flood forums in Lehigh Valley communities, including Easton, Lower Mt. Bethel Township and Allentown, all of which were heavily affected by flooding. These forums, which involved science education and dialogue among community leaders, residents and emergency responders, were highly successful in motivating public audiences to learn the science of flooding, and formed the basis of NNC’s Risk to Resiliency forum model. (Funded via NSF Award Number DRL-0917439, August 1, 2009).

Focus on Floods One of Nurture Nature Foundation’s early projects (2009-2012) was the Focus on Floods awareness campaign, funded by National Oceanic and Atmospheric Administration to educate residents in the four states of the Delaware River Basin about the use of various flood forecast products and alerts available through National Weather Service. NNF developed a wide range of multi-media educational resources, including videos, a short animated film, classroom posters and coloring and activity pages, and also hosted professional educational workshops and public events around the topic of regional flooding and preparedness. Focus on Floods materials were disseminated widely throughout the Delaware River Basin and across the country, and the Floods website contains downloadable .pdfs, the film, and other resources for teachers and educators. (Funded via NOAA Award Number NA09NWS4670005, September 1, 2009.)

Research Study of NWS Riverine Flood Forecast Products In 2012, NNC was one of four institutions funded by NOAA’s Office of Atmospheric Research (Office of Water and Air Quality) to study decision-making during extreme weather events. NNC’s project, “Flood Risk and Uncertainty: Assessing the Flood Forecast and Warning Tools of the National Weather Service” was a social science research study of  NWS riverine flood forecast and warning products, and included focus groups and surveys in Easton, PA and Lambertville, NJ. Recommendations from that study have been operationalized by National Weather Service. More information, including final report, is available at socialscience.focusonfloods.org. (Funded via NOAA Award Number NA12OAR4590115, September 1, 2012.) 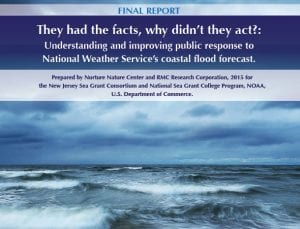 As a follow-up to NNC’s riverine study, in 2014 NNC was awarded a research grant to study NWS’s coastal suite of flood forecast and warning products, with an emphasis on the use of emergency briefings as a communication tool. That grant, “They Had the Facts, Why Didn’t They Act: Understanding and Improving Public Response to NWS Coastal Flood Forecasts,” was funded through NOAA Sea Grant and the New Jersey Sea Grant Consortium and involved focus groups and surveys of New Jersey communities affected by Superstorm Sandy. More information, including the final report, is available at socialscience.focusonfloods.org and coastal.focusonfloods.org. (Funded via NOAA Award Number NA130AR4830227: R/CSAP-2-NJ, January 2, 2014.)

Other Projects: In addition to its work under these grant-funded projects, NNC has also been retained as a subcontractor under contracts funded by federal and state governments, to conduct hazard-related outreach, education and research work. NNC is currently working as part of a team to help the Pennsylvania Emergency Management Agency to update its State Hazard Mitigation Plan, has assisted the New Jersey Department of Environmental Protection on flood-related outreach and education in support of FEMA initiatives, and is working as part of project teams with various offices within NOAA, including the Weather Prediction Center and National Water Center, on projects to improve products and services. 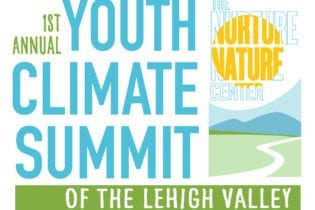 Nurture Nature Center is pleased to announce its first annual Youth Climate Summit! The summit will take place on July 8 and 9 from 3:30-6 pm on both days. 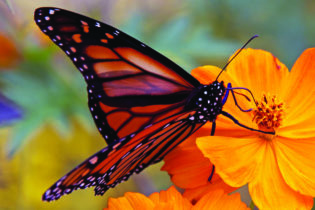 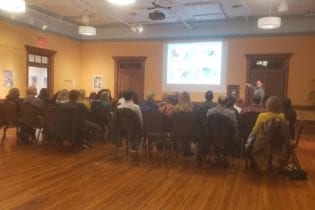 Dr. David Brandes shared research he and his students and colleagues have undertaken about the factors that influence flash flood susceptibility along the Delaware, including development but also factors such as geology, soils, wetlands and... 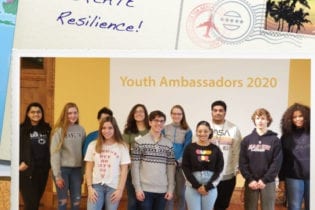 Our CREATE Youth Ambassadors have been hard at work!

Even as an unconventional school year came to a close, our high school ambassadors remain committed to helping us research and share information about natural hazards and mitigation for our CREATE Resilience project. The ambassadors... Read More

Nurture Nature Center is pleased to announce its first annual Youth Climate Summit! The summit will take place on July 8 and 9 from 3:30-6 pm on both days. Read More